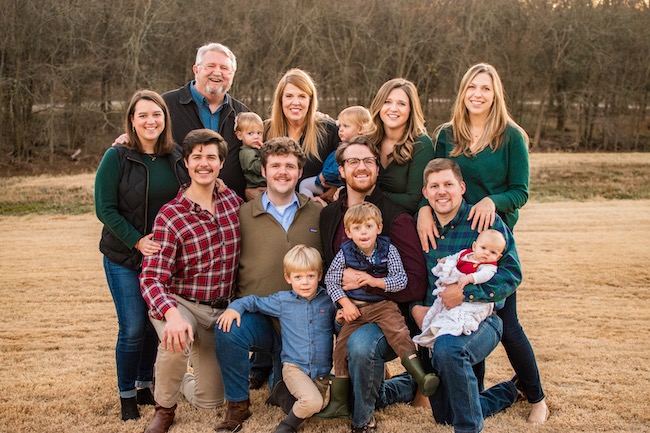 Bill Lovell (top left) was recently called to serve as MPC's third Senior Pastor. A native of Tupelo, Mississippi, and a 1982 graduate of Ole Miss, Bill had a career in politics before attending the Virginia Theological Seminary in Alexandria. Since 1989, Bill has served churches in Boston, Vancouver (Canada), and Dallas. For 23 years, he worked as a minister in The Episcopal Church. In 2012, he was received into the Presbyterian Church in America. He began life in the PCA as the founding Pastor of Christ Church Carrollton, a church plant just five miles south of MPC in Old Downtown Carrollton.

Director of Music and Worship

Colin Deay is a musician who has received a Master of Divinity degree at Reformed Theological Seminary in Dallas. He is currently persuing licensure and ordination. Colin has undergraduate degrees in percussion performance and music education from the Eastman School of Music. While his studies focused on percussion, Colin also plays guitar, piano, and organ, among other instruments. Along with playing and teaching music, Colin is an active arranger and composer, both in classical and church music. Colin has been married to his wonderful wife Sarah for five years, and together they enjoy watching Jeopardy and cheering for the Spurs, and there is a special place in Colin’s heart for church potlucks.

Laura joined the Metrocrest staff team in October of 2015 as the church's administrative assistant. Laura was born and raised in Pineville, Louisiana. She and her husband Craig were married in 2005 and relocated to the Metroplex that same year. Together they have three children; Abigail, Camille, and Matthew. She also has a step-daughter named Hannah that lives in Houston.

Laura and her family currently live in McKinney and attend Chase Oaks Church. In her free time she enjoys hanging out with the kids, collecting makeup, crafting, and baking.

Jay has been attending Metrocrest since the early 1990’s and was involved in the children’s and youth ministries at Metrocrest until he graduated high school. He made life-long friends which he is still close to today, including his beautiful wife, Ashley, who also attended MPC youth ministry. He has a passion for encouraging young people to look to, and lean on, the cross and each other. Jay graduated from UNT in 2010 with a BS in Biology, and then went on to earn his Doctorate in Physical Therapy at UTMB in Galveston in 2014. Together, Jay and Ashley have three beautiful young girls, Kylie, McKenna, and Kaleese. Jay works at Medical City Plano and Texas Health Plano as an acute care Physical Therapist.

Jay and Ashley live in Carrollton, and enjoy chasing their children around, cheering on the Rangers and Red Sox, pretending they are adults, and watching Star Wars and Marvel movies.

Steve and his wife Cindy joined MPC in 2015. Steve has been in the church from birth being the second of five sons of a Methodist minister. Steve grew up in Michigan before attending SMU from 1971 and graduating with a BAS in computer science in 1974. Steve also received degrees from the University of Virginia, a Master of Computer Science, and an MBA from the University of Dallas in 1984.

Steve and Cindy were introduced to reformed theology by joining an RCA church in Carrollton in 1995 where they attended until 2002 when, after moving to The Colony in 2000, they joined Trinity Presbyterian Church (PCUSA). During part of his time at Trinity Steve was treasurer, an elder, and other responsibilities.

Elizabeth Lloyd is a student at Reformed Theological Seminary pursuing her Master of Arts in Theological Studies. She was born and raised in DFW and earned her Bachelor of Arts in English literature at Princeton University. She then moved to NYC, where she attended Redeemer Presbyterian Church and discovered the Reformed tradition. Elizabeth has a heart for serving young women, and in her role as an intern she helps disciple women from middle school through early career age.

Elizabeth lives in Carrollton and in her free time enjoys walking through nearby Arbor Hills, reading fiction, and crafting.

The Session (Elders) of Metrocrest:

The Diaconate (Deacons) of Metrocrest: